6/4106 Private James Holliday 6th Battalion, Durham Light Infantry, was killed in action 1 October 1916 and is buried at Warlencourt British Cemetery, France. [1] He was about 29 years old and is commemorated on Cockfield War Memorial.

James Holliday was born 1887[2] at Staindrop the son of John and Margaret Holliday.  There were 4 children all born at Staindrop:[3]

In 1891, the family lived at Cockfield where 56 year old John Holliday worked as a colliery banksman.[4] By 1901, Margaret was a widow living at Main Street, Cockfield with 14 year old James who worked as a general colliery labourer

James was a keen footballer.  There are 2 photographs of football teams:

The service record of Private J. Holliday not been traced.  He joined his local Territorial Force, the 1/6th Battalion, the Durham Light Infantry and given the regimental number 6/4106.[8]  The 1/6th Battalion was formed in Bishop Auckland in August 1914 as part of the Durham Light Infantry Brigade, Northumbrian Division.[9]  In May 1915, the battalion came under the orders of the 151st Brigade of the 50th Division. The Division moved to France 16 April 1915 and served with distinction on the Western Front throughout the war.

The Division saw action at the Second Battle of Ypres, 24 April – 25 May 1915 prior to Private J.C. Lee entering France which he did 1 October 1915.[10]  The Division then was involved in the Battle of the Somme:

Private J. Holliday was killed in the same action which saw the following men killed – Privates R.W. Wallace and J.C. Lee from Cockfield, Private J.A. Wardle from nearby Lands and Lance Corporal C. Lowther from Butterknowle.  Private F.M. Britton from Evenwood and Private O. Rushford from Wind Mill were awarded the Military Medal and their commanding officer Lieut.-Col. R. B. Bradford, the Victoria Cross.  The following accounts provide an overview and some details of events.

The first day, 1 July, was preceded by a week-long artillery bombardment of the German positions.  Just prior to zero-hour, the storm of British shells increased and merged with huge mine explosions to herald the infantry attack – at 7.30am on a clear midsummer’s morning the British Infantry emerged from their trenches and advanced in extended lines at a slow steady pace over the grassy expanse of a No Man’s Land.  They were met with a hail of machine gun fire and rifle fire from the surviving German defenders.  Accurate German artillery barrages smashed into the infantry in No Man’s Land and the crowded assembly trenches – the British suffered enormous casualties:

In popular imagination, the title, “Battle of the Somme” has become a byword for military disaster.  In the calamitous opening 24 hours the British Army suffered its highest number of casualties in a single day.  The loss of great numbers of men from the same towns and villages had a profound impact on those at home. The first day was an abject failure and the following weeks and months of conflict assumed the nature of wearing-down warfare, a war of attrition, by the end of which both the attackers and defenders were totally exhausted.

Adverse weather conditions i.e. the autumn rains and early winter sleet and snow turned the battlefield into morass of mud.  Such intolerable physical conditions helped to bring to an end Allied offensive operations after four and a half months of slaughter.  The fighting brought no significant breakthrough.  Territorial gain was a strip of land approximately 20 miles wide by 6 miles deep, at enormous cost.  British and Commonwealth forces were calculated to have 419,654 casualties (dead, wounded and missing) of which some 131,000 were dead.  French casualties amounted to 204,253.  German casualties were estimated between 450,000 to 600,000.  In the spring of 1917, the German forces fell back to their newly prepared defences, the Hindenburg Line, and there were no further significant engagements in the Somme sector until the Germans mounted their major offensive in March 1918.

This action, part of the Battle of the Somme, commenced 1 October 1916.  The village of Eaucourt L’Abbaye was captured and the attack is famous for the action of Lieut.-Col. R. B. Bradford who was awarded the V.C.  The following extract describes operations:

The preliminary bombardment commenced at 7.00am and continued till zero hour (3.15pm) when it changed to a barrage.  Unfortunately there were some casualties from shells falling short, the total casualties for the day being about 40, including the Commanding Officer wounded.  Lieut.-Col. R. B. Bradford, now commanding the 9th Battalion, asked for and was given permission to take command of the 2 Battalions and for his subsequent work that day was awarded the V. C.  He arrived at Battalion H.Q. at zero and at once went up to the front line.

“Somme 1916 Oct.1 At 1am summer time altered back to normal by putting clock back 1 hour, this is to 12 midnight. 2Lieut Yaldwyn (Sniping Officer) attached to Y Company for duty.  Commanding Officer saw all Company Commanders at 3am to talk over details of the attack.  Completed jumping off trenches about dawn and occupied them in battle order by 6am.  60 men (draft and details) brought up from the Transport Lines to act as Carrying Party for the battalion.  Artillery bombardment of German trenches from 7am to 3.15pm. 2Lieut. Yaldwyn wounded about noon.  The Commanding Officer Major Wilkinson wounded about 1.30pm.  Lt. Colonel Bradford of the 9th Durham L.I. took over command of the Battalion for the period of the operations.

3  Relief completed about 4-30am.  Lt. Colonel Bradford ceased to be in command and Lieut. Ebworth assumed command of the battalion.  Battalion moved to Starfish Line.  At 1pm Battalion moved off by platoons at 150 paces interval to BECOURT wood where it took up quarters it had previously occupied there

4  Wet morning – spent in packing up.  Battalion moved at 11-45am by platoons to HENENCOURT WOOD, arriving about 4pm, having had dinners en route.  Good camp.  All battalion in tents.”  [14]

There is no summary of casualties for the month of October.

There were 2 officers killed in action:

Private J. Holliday is buried at grace reference VIII.H.9 Warlencourt British Cemetery which lies on to the south east side of Warlencourt 5kms south west of Bapaume.  The cemetery was made in late 1919 when graves were brought in from small cemeteries and the battlefields of Warlencourt and Le Sars.  It contains 3,505 Commonwealth burials and commemorations from the First World War, 1,823 are unidentified.

[15] Soldiers Died in the Great War

[16] Officers Died in the Great War 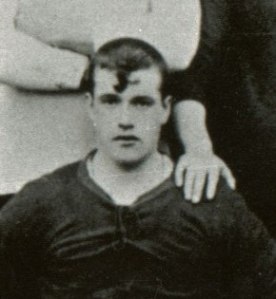 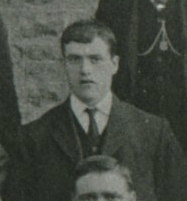