Edward Maughan was born 23 August 1895 [2] the son of Mosley Maxfield and Annie Maughan.  There were 7 children, all born at West Auckland:[3]

In 1901, the family lived at Staindrop Road, West Auckland where Mosley worked as a coal miner (hewer).[4]  Edward attended West Auckland National School then between September 1908 and July 1910, Edward attended Bishop Auckland Grammar School before leaving to take up a position as “a clerk in a Gas Office”.[5]  By 1911, the family lived at 20 Copeland Road and Mosley now was employed as “master shifter in colliery.”  15 year old Edward worked as a clerk at the gas works and 13 year old George was a “mechanic at colliery.” [6]

The service details of Lance Corporal E. Maughan have not been researched.  He enlisted at Newcastle-upon-Tyne into the Northumberland Fusiliers, 21st Battalion, Tyneside Scottish and was given the regimental number 21/770.[7]

The NF battalions were known as the 1st, 2nd, 3rd and 4th Tyneside Scottish and collectively as the 102nd Tyneside Scottish Brigade.  The Brigade went to Salisbury Plain in August 1915 then embarked for France in January 1916.

10 January: The Division arrived in France with the 20th, 21st and 22nd NF sailing to Le Havre.  The 21st Battalion went to Campaigne and started training in earnest before moving forward to the Steenbecque area in preparation for instruction in trench warfare.  The 21st came under the command of the 25th Brigade for its instruction by the 2/Royal Berkshire Regt. and 2/Royal Irish Rifles.

29 January: noon, the enemy shelled Battalion HQ and the Officers’ Mess Cook.  21/1080 Private Johnson had his leg broken by shrapnel to become the battalion’s first casualty, not in the trenches but behind the line.

2 February:  the battalion suffered its first fatality, 21/1568 Private Cree who lived at Esperley Lane near Cockfield.  He was wounded 1 February by a machine gun bullet whilst on a working party and died of wounds the next day. [10]

Lance Corporal E. Maughan is buried at grave reference I.B.2 Ration Farm Military Cemetery, La Chapelle d’Armentieres.  There are 1313 Commonwealth burials, 677 unidentified.  The cemetery was extended after the Armistice when isolated graves and those from smaller cemeteries on the battlefield were concentrated here. [13]

St. Cuthbert’s Church, Bedlington, Northumberland: 20 July 1920: The colours of the 2nd Battalion, Tyneside Scottish, 21st Battalion Northumberland Fusiliers were “laid up” in the church.  The Morpeth Herald 7 October 1921 reported that the porch had been converted to a Chapel of Remembrance. 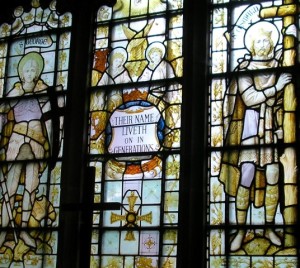