4396396 Private John Coates Prudhoe, 7th Battalion, Green Howards (Alexandra Princes of Wales’ Own Yorkshire Regiment) was killed in action between 20 and 21 March 1943, aged 33 and is commemorated on the Medjez-El-Bab Memorial, Tunisia [1] and Evenwood War Memorial.

John Coates Prudhoe was born 22 January 1911,[2] the son of Albert and Eliza Prudhoe and brother to Betsy, Thomas and Harry.  In 1939, the family lived at Gordon Lane, Ramshaw where Albert worked as a colliery blacksmith, Thomas and John worked as colliery bank labourers, [above ground] and Harry was a pony putter [below ground]. Betsy and Eliza were recorded as “unpaid domestic duties”. [3]  When the pit closed, Harry managed to get work at Randolph Brickworks.  John and Tom travelled to Catterick, North Yorkshire where the Army Camps were under construction.  When the war broke out and John enlisted. 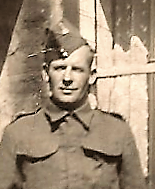 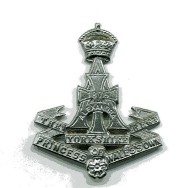 The service records of Private John Coates Prudhoe have not been researched.  4396396 Private John Coates Prudhoe joined the 7th Battalion, the Green Howards which formed part of the 69th Infantry Brigade along with the 6th Green Howards and the 5th East Yorkshire Regiment.  The Brigade came under the orders of the 50th (Northumbrian) Infantry Division.  Other Brigades were:

The British 8th Army, under the command of General Sir Bernard Montgomery, consisted of the following units:

In May 1943, the war in North Africa came to an end in Tunisia with the defeat of the Axis Powers by a combined Allied Force.  The campaign began 6 months earlier, 8 November 1942 when Commonwealth and American troops made a series of landings in Algeria and Morocco.  The Germans responded immediately by sending a force from Sicily to northern Tunisia which checked the Allied advance east in early December.  In the south, the Axis forces defeated at El Alamein withdrew into Tunisia along the coast through Libya pursued by the 8th Army.  By mid-April 1943, the combined Axis force was hemmed into a small corner of NE Tunisia and the Allies grouped for their final offensive. During the spring of 1943, the British 8th Army under the command of General Sir Bernard Montgomery advanced into Tunisia and prepared for an attack on the German and Italian Forces around the Mareth defences.

The object of Operation Pugilist was to destroy the enemy facing the 8th Army in the Mareth position, to advance and capture Sfax.  Operation Pugilist itself was indecisive and failed to make a breakthrough.  It did, however, establish an alternative route of attack and thus laid the ground for Supercharge II, an outflanking manoevre via the Tebaga Gap.

13 – 16 March:  Under Brigadier Cooke-Collis, the 69th Brigade succeeded with the preliminary phase of securing the outposts but not without severe fighting.  This involved reconnaissance up to the Wadi Zigzaou during the course of which enemy positions and minefields were located and the most suitable crossing place for the main assault were mapped.

16/17 March: attack to be launched at 9.30pm and the 7/Green Howards patrols being familiar with the ground led the action.  It started badly with both Lt. Cockburn and Lt. Hone wounded in the initial assault.  There were very heavy casualties.  There were a number of awards:

17/18 March: 7/Green Howards marched to new positions at Chet Meskine, some 2000 yards in front of the main Mareth defences.

20/21 March: The Bastion was a redoubt built by the Germans on the eastern side of the Wadi Zigzaou which needed to be eliminated and this vital task was entrusted to the 7/Green Howards who attacked at 10.30pm.  The start line was some 500 yards from the anti-tank ditch.  The Battalion advanced in 3 waves with B Company under Major Hay leading, followed by C Company (Capt. Mansell) and A Company (Lt. Coles).    The plan was:

They came under heavy shell fire and “a certain number of casualties were sustained.”  When the companies arrived in the ditch, scaling ladders were set up.  No enemy had as yet been met.  But mortar and shell fire on the ditch was terrific.  It was here that Lt.-Col. Seagrim’s deeds saw him being awarded the Victoria Cross – he was killed 2 weeks later at Akarit unaware of the honour.  The citation follows:

“On the night of the 20/21st March 1943, the task of a battalion of the Green Howards was to attack and capture an important feature on the left flank of the main attack on the Mareth Line.  The defence of this feature was very strong and it was protected by an anti-tank ditch 12 feet wide and 8 feet deep with minefields on both sides.  It formed a new part of the main defenses of the Mareth Line and the successful capture of this feature was vital to the success of the main attack.

From the time the attack was launched the battalion was subjected to the most intense fire from artillery, machine-guns and mortars and it appeared more than probable that the battalion would be held up entailing failure of the main attack.

Realising the seriousness of the situation Lt.-Col. Seagrim placed himself at the head of his batalion which was at the time suffering heavy casualties and led it through the hail of fire.  He personally helped the team which was placing the scaling ladder over the anti-tank ditch and was himself the first to cross it.  He led the assault firing his pistol, throwing grenades and personally assaulting 2 machine-gun posts which were holding up the advance of one of his companies.  It is estimated that in this phase he killed or captured 20 Germans.  This display of leadership and personal courage led directly to the capture of the objective.  When dawn broke the battalion was firmly established on the position which was of obvious importance to the enemy who immediately made every effort to regain it.  Every post was mortared and machine-gunned unmercifully and movement became practically impossible but Lt.-Col. Seagrim was quite undeterred.  He moved from post to post, organising and directing the fire until the attackers were wiped pout to a man.

By his valour, disregard for personal safety and outstanding example he so inspired his men that the battalion successfully took and held its objective thereby allowing the attack to proceed.”

21 March: The Bastion was in the hands of the 7/Green Howards who held it throughout the day in the face of counter attacks.  Throughout the 21st the Battalion was virtually imprisoned in the Bastion and cut off from outside communication as wireless services had broken down.  Shelling and mortaring was almost continuous.  There were other awards:

At midnight, they handed it over to the Gordon Highlanders.

21/22 March:  plans were given to the 151st Brigade to enlarge the bridgehead.  These were successful on the morning of the 22 March.  There had been severe hand to hand fighting and there were heavy casualties.

28 March: the enemy retreated and the 69th Brigade entered Mareth without opposition 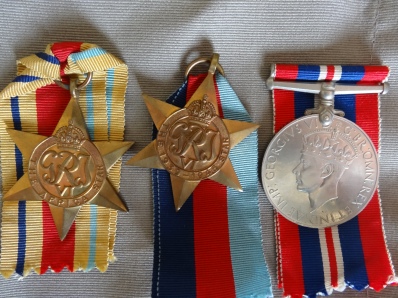