The common factor to the area is coal.  The Auckland Coalfield forms the southern part of the Great Northern Coalfield that dominated the counties of Durham and Northumberland.  The western part of the Auckland Coalfield is where the coal seams reach the surface and the river Gaunless and its tributaries flow through the area.  Coal is relatively near the surface although some seams are particularly thin and it had been worked for centuries using simple bell pit technology.  But the cost of transportation using pack horses and carts was expensive so the full potential of the area had not been materialised.

In 1825, the  industrial revolution swept into the district following the opening up of the Auckland Coalfield by the Stockton and Darlington Railway Company with the construction of its famous railway line which ran from Stockton to Darlington then onto Shildon and Witton Park.  The coal from the Phoenix Pit (Witton Park Colliery) could now be transported to Darlington, the port at Stockton and beyond.  Other land owners and entrepreneurs wanted to get in on the act.  Lord Strathmore and the Rev. Luke Prattman wished to see the development of their mineral interests in the Gaunless Valley notably at Norwood Colliery, located to the east of modern day High Lands and pits at Butterknowle and Copley.  They petitioned for a railway to serve their interests and the result was construction of the Haggerleases Branch Railway.  It was laid along a route following the river valley and it was opened for goods traffic in 1830.  Initially horse draw power rather than engines was used.  Horses pulled the coal waggons (called chaldrons) along iron rails.  At West Auckland, the track joined the existing line which served Witton Park Colliery.  The St. Helen’s Colliery was also connected to the Witton Park Branch further to the east.  This railway was an incline or rather 2 inclines and used stationary engines at Etherley and Brussleton to haul coal wagons up the sides of the valley to and from the collieries to the sidings at Shildon and thereon to Darlington and beyond.  From 1856 following the construction of Shildon Tunnel, steam locomotives were used when the new railway line from Shildon to Bishop Auckland was opened.

As a result of this improvement in transportation large scale investment took place:

The development of railways throughout the north east, around Bishop Auckland and particularly the South Durham and Lancashire Union Company’s line over to Cumberland and Lancashire opened up the coalfield.  This railway line struck off from the Haggerleases Branch just beyond Spring Gardens and took the higher land to gain height to cross the river Gaunless at the Gaunless (Lands) viaduct, traverse Cockfield fell to Cockfield Fell station then onto Barnard Castle over Stainmore to Tebay and beyond.  Its purpose was to transport Durham coal to the iron and steel works at Millom, Cumberland and was opened for traffic in 1863.  Other mining enterprises in the Gaunless Valley included:

The larger concerns were linked into the rail network:

Men of the Gaunless Valley villages were mainly employed in coal mining and associated industries.  Pease and Partners, Bolckow and Vaughan, the North Bitchburn Coal Co., H. Stobart and Co. and the Cargo Fleet Iron Co. Ltd.[1] were the major employers in the area.

Coal was king and the railways were essential for transportation. 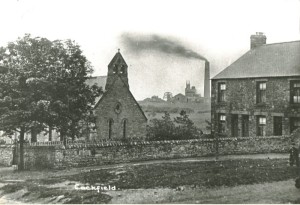 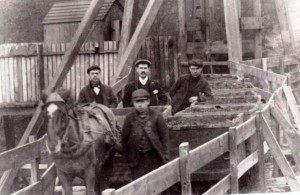 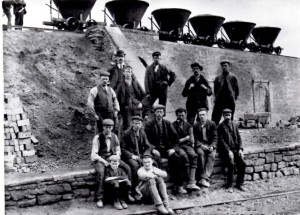 One thought on “The Auckland Coalfield”